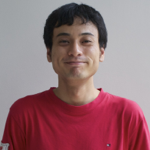 I complete doctoral course at the department of psychology at Hokkaido University in 2014. During doctoral course, I also belonged to Research and Education center for Brain Science at Hokkaido University and the Laboratory of Experimental Psychology at The University of Leuven. After graduating from the university, I served as a temporal researcher at Research center for psychological science in Doshisha University. From 2016 on August, I assumed current position.
I am interested in how we can cognize the external world. I research how to cognize objects, especially on vision.